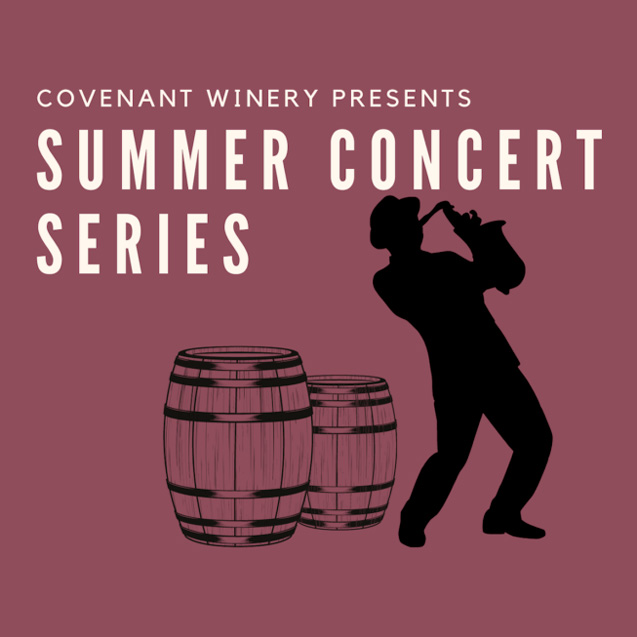 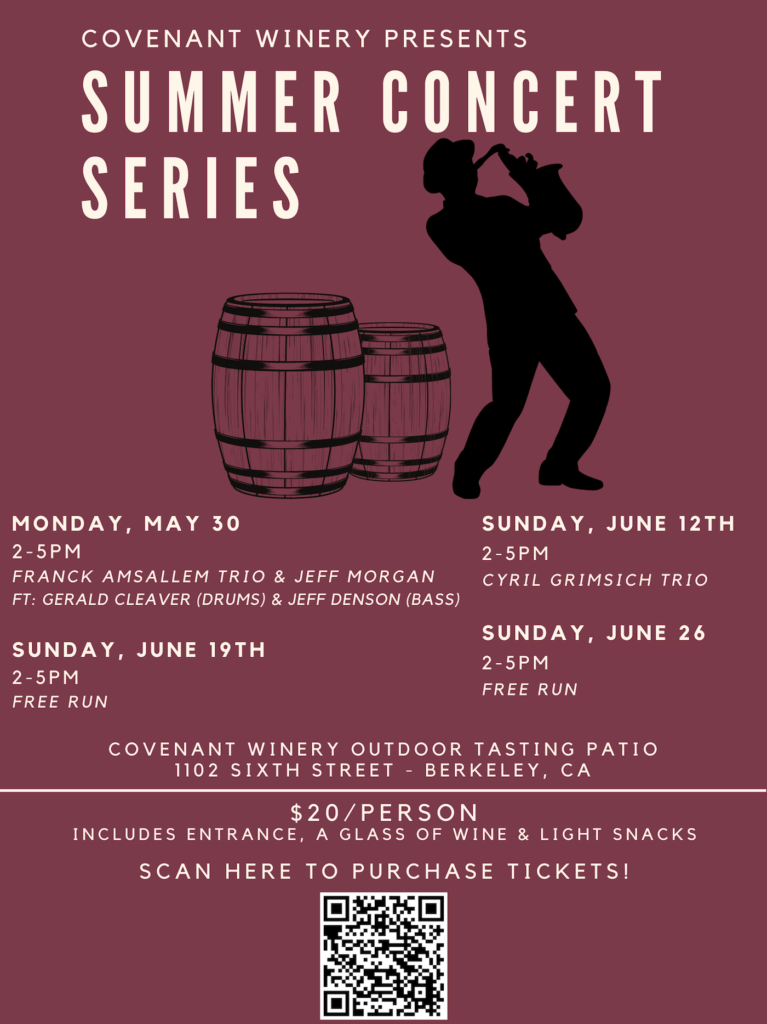 In 1992 Franck released “Out a Day”, an award-winning trio CD with the late bassist, Gary Peacock, and drummer Bill Stewart. The recording established him internationally as an in-demand jazz pianist and composer. Franck returned to France in 2001, and his most recent album recorded there is “Gotham Goodbye”, a quartet featuring Cuban saxophonist Irving Acao. It has garnered superb reviews worldwide.

What brings Franck to Covenant Winery, in Berkeley? In the mid-1970s, young Franck was part of a jazz big band at the French National Music Conservatory in Nice, France. Also in the band was Covenant founding winemaker (and saxophonist), Jeff Morgan, who eventually performed with Franck for some 20 years in New York and Europe before trading in his horn for a wine thief and a second career as a winemaker. But in 1987, the two musicians were co-band leaders for the house band in Monte Carlo at Prince Rainier’s Grand Casino in Monaco. Their last gig together was New Year’s Eve 1995 at Gotham Bar and Grill in New York City.

That’s the year Jeff officially retired from the music business to become a wine journalist and winemaker. During the recent Covid pandemic, Jeff had some time on his hands and started practicing his saxophone again. It had been more than 20 years since he’d touched the instrument. Today, a year later, Jeff has regained his playing chops. He’ll be joining Franck at Covenant Winery for their first performance together in 27 years on May 31. Also performing will be Bay Area drummer Gerald Cleaver.

“Franck and I have been best friends for nearly 50 years,” says Morgan. “But I’ve been steeped in wine for so long, I never thought I’d play music again—especially with Franck. It’s a little scary to get on the bandstand with one of the world’s top jazz pianists. But it’s also really exciting! I’m looking forward to this long overdue musical reunion.”

Other bands to be featured in the music series include the Cyril Grimsich Trio, Felsen, and Morgan’s own funk band, Free Run, featuring personnel from the Bay Area. For the complete Covenant Winery concert schedule, click here.  Performances take place between 2 p.m. and 5 p.m. Except for Amsallem’s Monday, Memorial Day appearance, all concerts are on Sundays. Door opens at 1:30.

Tickets can be purchased in advance, and $20 will get you a glass of wine (choice of white, rose or red), light snacks and concert admission.  Advanced reservations can be made here.